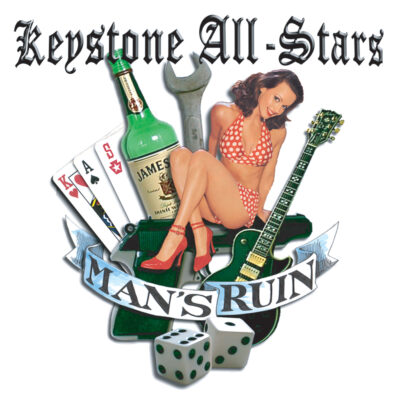 Charging out of the gutter with a fist in the air and a bottle in the other, Western PA’s own Keystone All-Stars were a hard drinkin’, harder rockin’ foursome with a short fuse burning. In between blackouts and on the shoulders of devoted fans simply called “The Union”, the band made their way across the Keystone State making new drinking buddies and turning simple thirty-minute sets into all night sing-alongs.