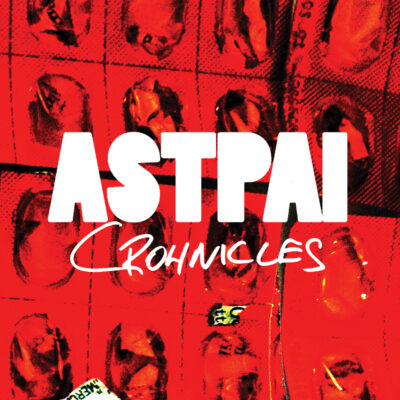 The three tracks on Crohnicles are Astpai’s first new material and follow up to 2012’s full-length effort, Efforts And Means. Recorded and mixed by Trevor Reilly and Mike Supina of A Wilhelm Scream (Mike also added a sweet little over-the-top guitar solo at the end of “Just Ask”) and mastered by Stephen Egerton of The Descendents, this three song 7″ deals with the topic of Crohn’s Disease, an inflammatory bowel disease which Zock from Astpai was diagnosed with seven years ago, followed by major surgery…musical therapy if you will.