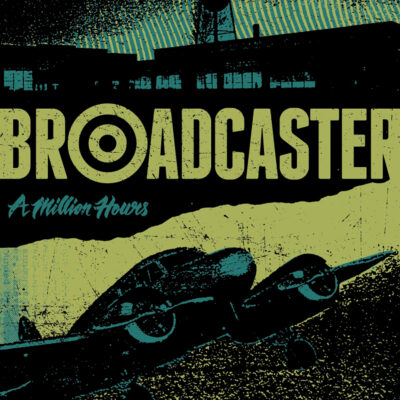 An energetic bounce and sing-along-ready vocals are two of the most immediately noticeable qualities to Broadcaster’s brand of pop-rock music. The Long Island, NY based three-piece have shown remarkable consistency in their output without releasing the same song or record twice. The result is something almost canonical-their discography is only a few releases long, but there is a well-worn feel to the music, a blend of modern punk and indie rock with a pleasant helping of 90s college rock influence. Comparisons to bands like Jawbreaker, Superchunk, and The Weakerthans are inevitable but nonetheless favorable. (and why wouldn’t the be?) A Million Hours, recorded with producer J. Robbins, is a concise, fully-realized display of the catchy, fuzzy energy that Broadcaster have made their own. Steady touring and consistent output of new music have helped the band grow in both popularity and songwriting prowess, and the band shows no signs of slowing down anytime soon.