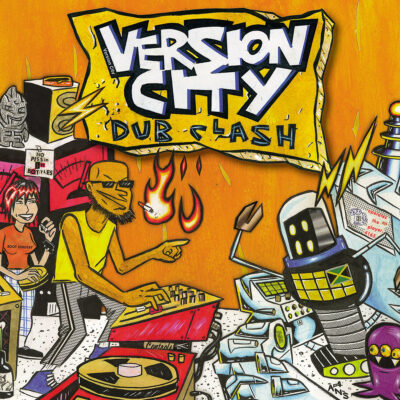 From the mastermind behind Stubborn Records and the Version City collective, King Django from Skinnerbox and the Stubborn All-Stars brings you 12 tracks of spaced and fuzzed out dub versions of Version City Studio tracks produced by King Django, Victor Rice, and Agent Jay of The Slackers. Features studio performances by members of The Slackers, Stubborn All-Stars, The Scofflaws, The Radiation Kings, and other members of the NYC ska collective.