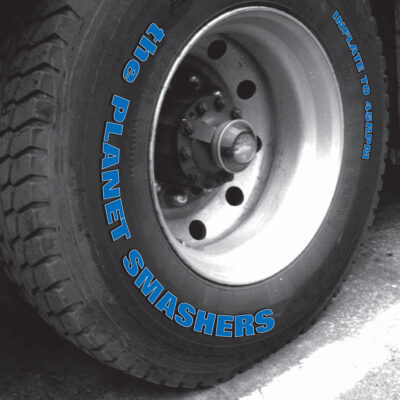 Three-song seven inch release from Montreal’s The Planet Smashers featuring the tracks “The 80 Bus”, “Uncle Gordie” and the instrumental “Beans”. Sometimes confused as the “Inflate to 45 RPM” seven-inch, and released in 1996. The release that started two decades of continuing to make horrible life decisions, but we wouldn’t trade it for the world.