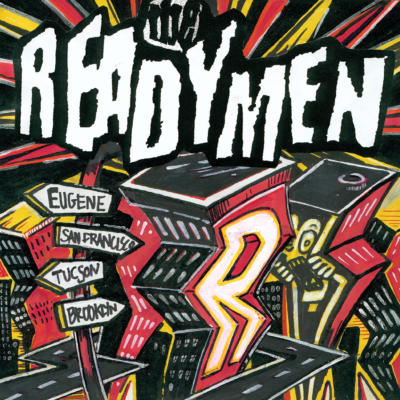 Needless to say there’s a good chance you’ve never heard of The Readymen, but that’s okay. In our opinion one of the most crucially overlooked punk-ska bands of the 90’s that never got their due. Maybe this will help a little. A complete early discography of everything The Readymen recorded up to their last LP, Restless. Contains tracks from the LP Show Hall Bound, their 12″ vinyl split with The Chitz (first time ever on CD), and tracks from their 7″ Factory.