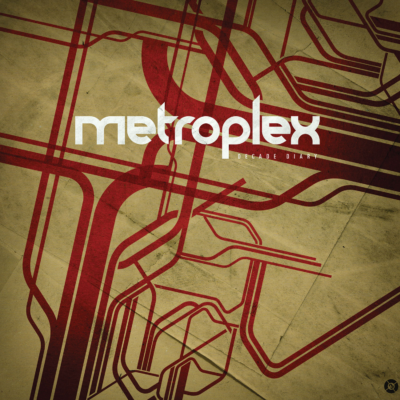 Appropriately titled, Decade Diary is Metroplex’s second full-length effort and one that earned the name it was given. This three piece has been a mainstay on the independent music scene in Philadelphia for well over ten years, having played just about every stage and basement the city has to offer. The twelve songs on Decade Diary are a testiment to the band’s will to continue making truly timeless music; post-harcore influenced power rock that draws its influences from bands like Hot Water Music or Rival Schools as much as it does The Cure or The Postal Service. Available on limited edition double gatefold vinyl 12”, from start to finish Decade Diary shows the hard work, effort, and time that went into creating it. Whether its the soaring landscapes the band creates with their music or the LP design that was handled by their guitarist Matt, Metroplex embodies the true spirt of an independent, DIY band.