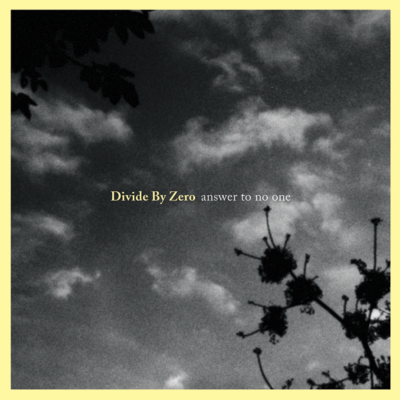 ANSWER TO NO ONE

Divide By Zero’s debut full-length, Answer to No One, follows the band’s successful release of two prior EPs on Chicago’s Sinister Label (Spitafield) and Waste of Time Records (The Snake, The Cross, The Crown).  With Answer to No One the band forged ahead with a sound that’s been compared to Texas is the Reason, as well as fellow Chicago standouts The Lawrence Arms, and certainly wouldn’t be out of place next to fellow Midwestern favorites Off With Their Heads.  Loud, intense, almost calculated, Divide By Zero’s sound is a dynamic snapshot of what you’d expect from a band out of Chicago.