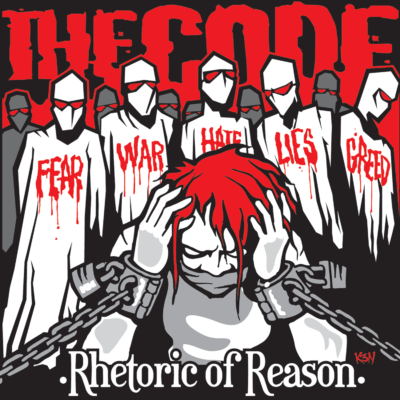 The last recorded output from The Code, Rhetoric of Reason contains three previously unreleased songs as well as a cover of the Operation Ivy song “Unity”, a nod to the band they have so often be compared.  Keeping true to their punk/ska roots, the band continues and strengthens their blue-collar roots by continuing to question authority. Their melodies and tunes, tougher then the rough, Pittsburgh steel industries they grew up around, are sure to serve as inspiration to the fans and bands already under their influence.