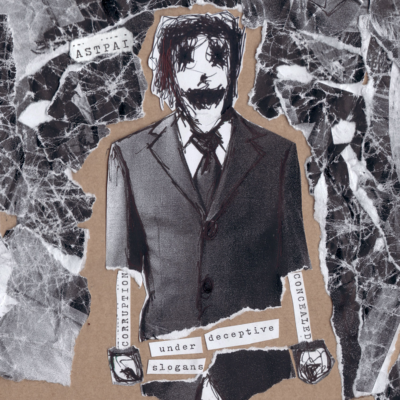 The debut U.S. release from one of the best up and coming bands from Europe, Corruption Concealed combines intelligent and thought provoking lyrics that range from social awareness to personal introspection, and fuses uptempo punk and hardcore with a catchiness that’s rarely seen from a band playing this style. They’ve often been compared to contemporaries From Ashes Rise, but with the pop-sensibilities of Kid Dynamite and None More Black. Astpai show a maturity unlike many young bands today and aren’t afraid to experiment with sounds outside the normal punk and hardcore ‘box’ and Corruption Concealed for things to come from this young group.